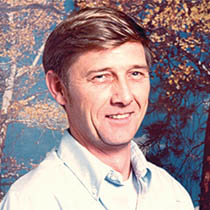 Curtis Lee Davis, 75 of Pearisburg, Va. went to his Heavenly home on February 14, 2018 at Heritage Hall in Rich Creek, Va. Mr. Davis was born on June 28, 1942 in Pearisburg, Va. and was the son of the late Curtis C. Davis (Bud) and Ruby I. Davis. Besides his parents he was preceded in death by his wife, Helen Davis.

Mr. Davis was a retired employee of Giles County School Board where he was a custodian at Macy McClaugherty School. Mr. Davis loved to fish and spend time with family.

Our father was a simple man that wanted to be remembered for his helping hand. Our family will have a memorial at a later date.