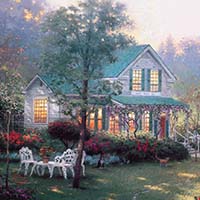 Constance Elizabeth Lucas Davidson, of Pearisburg, went to be with the Lord on September 15, 2007. Constance overcame many obstacles of tragedy and heartache to live life well, before being stricken with Alzheimers. Constance was born on November 9, 1921 in Gold Bond, Va. and was a daughter of the late Hubert Lucas and Icec Snider Lucas.

She is survived by her daughter and son-in-law, Melody Starr Davidson Brink and Randy L. Brink of Virginia Beach; nine grandchildren and two sisters, Katherine Victor of Pearisburg and Elizabeth Darnell of Pearisburg.

Constance was a graduate of the Pembroke High School, where she played on the Girls State Basketball Championship team at only five feet tall. She was a graduate of Pulaski Hospital School of Nursing and had a career of over 25 years at Giles Memorial Hospital. She was a member of Rebecca’s and Eastern Star Lodges. She was active in many volunteer organizations, including the American Red Cross, Teaching Adults to Read, as well as the Democratic party and church activities.

Graveside services will be conducted Tuesday, September 18, 2007, 11 a.m., at Birchlawn Burial Park, with Dr. Fred Austin officiating. In lieu of flowers, donations may be made to the Alzheimer Foundation or the American Cancer Society. Givens Funeral Home, Pearisburg, is servicing the Davidson family.