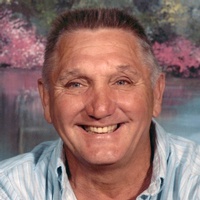 Ott served as a Gunner’s Mate Second Class in the US Navy during WWII for eight years, then went on to become a self-employed Mason Contractor incorporating Better Brick Work, Inc. and CherDan Realty. At the age of 44, he moved to WV and brought his many skills with him. He moved to Lindside in 1974; he lived half his life a WV man. He married the lovely Carol Lee Lilly in 1982 and remained married to her until her death in October of 2016.

He is well known throughout the community for his generosity in building or repairing anything made with brick, block, or stone. You can see a “Work of Art” practically everywhere you go. He shared fruit, vegetables, and flowers from his many gardens and homemade green houses with everyone. He is survived by his only daughter, Cheryl J. Palermo and two grandchildren, Jenae O. Palermo and Frank T. Palermo.

A memorial service with Military Rites will be held at 1:00 PM on Wednesday, February 28, 2018, at the Broyles-Shrewsbury Funeral Home Chapel in Peterstown, WV. Visitation will be from 11:00 AM until time of services on Wednesday at the funeral home.

In lieu of flowers, donations can be made to the International Fellowship of Christians and Jews, P.O. Box 96105, Washington DC 20090 and/or The Jerusalem Prayer Team International, P.O. Box 30000, Phoenix, AZ 85046-9932. Arthur “Ott” was a huge supporter of the Jewish people and their plight.