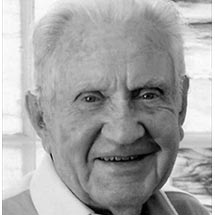 2 Timothy 4:7 “I have fought a good fight. I have finished my course. I have kept the faith.”

William Jackson (Bill) Dalton, age 91, passed away peacefully the afternoon of July 4, William Dalton, within minutes of being honored by the County of Pulaski, along with twelve other WWII Veterans, for their efforts in preserving the freedoms and liberties we all enjoy today.

He was born October 9, 1924 in Draper, Virginia to the late Walker and Ida Dalton.

Bill is survived by his wife of 68 years, Esther Gibbs Dalton, of Pulaski, Virginia who was by his side at the time of his passing. Surviving are their three children: Sandra Morris and Ronnie North with their children Tammy Dewan and William Morris; Michael and Gina Dalton with their children Jenna Witte, Chandler Dalton, and Juliana Dalton; and Keith and Leslie Dalton. Surviving also is his sister, Mable Akers.

He is preceded in death by a son, Stephen Dalton; and a brother Robert Dalton.

The family would also like to give special recognition to Peachie and Reggie Scott and Barbara Wilson for their unwavering love, help, and support.

Bill was a loving, quiet gentleman who always put God and family first. He was a faithful member of Memorial Baptist Church for over 50 years where he held positions including deacon, finance chairman, building committee, search committee, and performed many other church duties as needed.

He was employed by Jefferson Mills for 50 years and retired in 1990. He was also extremely proud to be a World War II Veteran where he served with the Navy in the South Pacific. After his retirement, he stayed very active helping others in both his church and the community. He was very gifted with his hands and could fix and build anything. He helped others with the most simple of home projects or more complex building and wiring projects.

Daddy Bill, as he was called by his five grandchildren and five great grandchildren will miss him for his loving ways, gentle personality, laughter, and their favorite place on his lap.

Family welcomes visitors to Stevens Funeral Home in Pulaski on Thursday evening, July 7, from 6-8 pm. Funeral services will be held at Memorial Baptist Church Friday, July 8, at 11 am followed by a brief Interment service at the Southwest Virginia Veterans Cemetery in Dublin.

In lieu of flowers contributions may be made to Memorial Baptist Church.