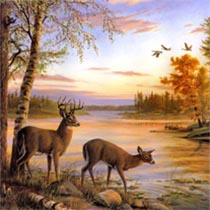 Venston Thomas (Vince & Stub) Dalton, 68, of Floyd, went to be with the Lord on Tuesday, December 27, 2011. His life occupations were construction, the timber industry and small engine technician. He always said he was so blessed that his business accomplishment was the great friends he made. He played the guitar and had a love for bluegrass music. His favorite hobbies were hunting and four-wheeling around the Buffalo Mountain with his friends and family and spending time with his loving companion Crickett. Venston was recently accepted as a member of the Buffalo Mountain Hunt Club, of which he was very proud.

Funeral service will be held 1 p.m. Friday, December 30, 2011, at the Maberry Funeral Home Chapel, with Pastor Vernon Dalton officiating. Interment to follow at the Alderman Cemetery. Family will receive friends from 6 to 8 p.m. Thursday, December 29, 2011 at the funeral home.

Online condolences may be made by visiting www.maberryfuneralhome.com