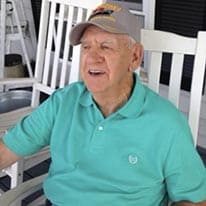 Bill will always be remembered as an expert brick mason, which was his life-long career at Radford University.  He was a veteran of the Korean War, having served in the United States Army, and was later proud to be a member of the Veterans of Foreign Wars.

In addition to his parents, he was preceded in death by his wife:  Wilma Shelor Dalton:  two brothers; Coble Dalton and Junior Dalton:  two sisters;  Almeta Hagee, and Audrey Cowan.  He is survived by his daughters:  Teresa J. Dalton King and her husband Douglas of Max Meadows;  Janice D. Linkous and her husband Jim of Pulaski.  He is also survived by four grandchildren:  Justin Julian (Georgia), Corey Underwood (Colorado), Jordyn Linkous (Florida) and Ashlee Linkous (Pulaski), and two great-grandchildren;  Zoey Julian and Layne Whitt.

Funeral services will be held Friday, November 19, 2021 at 2:00 p.m. at Seagle Funeral Home with the Rev. Jim Linkous officiating.  Interment will follow in Highland Memory Gardens in Dublin.  The family will receive friends on Friday at the funeral home from Noon until 2:00 p.m.

Flowers will be appreciated, but for those who wish to make a memorial contribution in his memory, they may do so the Faith Bible Church 110 Lagrange Street Pulaski, Virginia 24301.

Online condolences may be sent to the family by visiting www.seaglefuneralhome.com.  Arrangements by Seagle Funeral Home, Pulaski.