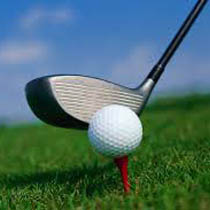 William Arthur Daley, 79, husband of Martha Daley of Blacksburg, joined his heavenly family on Friday, November 27, 2015. He died peacefully in his sleep in the Memory Care Unit at the Kroontje Health Care Center, Warm Hearth Village.

He was a caring and loving husband, father, grandfather, father-in-law, brother, uncle, cousin and friend.

He was born on November 14, 1936 in Gardiner, Maine and was the second son of the late F. Edward and Barbara Brown Daley. He lived with his mother and brother in Randolph at the home of his fraternal grandfather for most of his childhood. While in high school at Gould Academy in Bethel, Maine he met his future wife, Martha. He was class President his freshman year, President of Student Council his senior year and lettered in Football, Basketball and Baseball. He worked in his father’s lumberyard during the summers of high school and college.

He received his B.S. from Brown University along with a commission in the U.S. Navy in June 1959. He was a member of Sigma Chi fraternity. He was married in 1959 and the couple lived in Norfolk, VA while he served aboard a destroyer for three years. His career was in commercial banking and he and his family lived in Manassas, VA for 30 years. Upon retirement, the couple moved to Greenville, NC and belonged to the Brook Valley Country Club where Bill served as Treasurer of the Board of Directors (and nailed a hole-in-one!). He enjoyed golfing, reading, music and traveling. To celebrate their 50th Anniversary the whole family went on a cruise to the Western Caribbean. He was a quiet man who enjoyed being with his family and friends.

William is survived by his beloved wife of 56 years, Martha of Blacksburg, VA; three adoring sons, Bill Jr. of Christiansburg, VA, John, wife Suzanne and granddaughter, Hannah of Johnston, Iowa and Scott, wife Michele and twin grandsons, Jack and Luke of Christiansburg, VA. He is also survived by his brother Charles and wife Marge of Maine, his sister Pat and husband Moe Courchesne of Florida, his sister Wendy and husband Joe Dodd of Massachusetts, and his brother Tony and wife Nancy Gallagher of DC; cousins, Joanne Clark and Norma Boothby and several special nieces and nephews.

A Celebration of Life and a reception to follow will be held Saturday December 5th at 2:00pm at the Warm Hearth Village Center, 2387 Warm Hearth Drive, Blacksburg, VA. A private graveside service will be held at Memorial Gardens in Blacksburg. Arrangements provided by McCoy Funeral Home in Blacksburg. The family would like to thank the staff of the Kroontje Health Care Center and Good Samaritan Hospice for their loving care. Memorial donations may be made to the Alzheimer’s Association Roanoke Office, 3959 Electric Rd, Suite 357 Roanoke, VA 24018 or Warm Hearth Foundation 2603 Warm Hearth Drive, Karr Activity Center, Blacksburg, VA 24060 or charity of your choice. Arrangements by McCoy Funeral Home, Blacksburg.