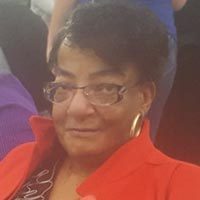 On Thursday November 14, 2019, Sharon (Booth) Dabney, a loving wife, a doting mother of 2, a sister, a grandmother, a great family member to many and an amazing friend to all, slipped away from this earth into the arms of her heavenly father at the age of 62.

Sharon was born on January 24, 1957 in Radford, Va to William and Clara (Morrison) Booth. She attended Pulaski County public schools. She graduated from Pulaski County High School in 1976 and later received a degree in nursing from New River Community College. She was a nurse for many years afterwards. She raised two sons Antwain Booth and Bryan Booth and later along with two stepsons Darnelle and Brandon. Later in life, Sharon ended up meeting the love of her life, Tray Dabney and they were married on June 15, 2013 bringing along stepsons Tra’von and Tray and a stepdaughter Reshaw, blending together a beautiful family.

Sharon overcame a tough start early in her life to go on to be a friend, mother, sister, auntie to so many people. She, like her father, never met a stranger. She was so admired coming up that many of her friends, remained her friends all throughout her life, She loved life and would often test limits like taking her dad’s car out to race friends. Her love of music and dancing was seen in her whenever she played her keyboard or was lighting up any dance floor she came across. Sharon was someone who never let those around her get too down. She was always known for her silly humor, love of her Steelers, speaking her mind, and most importantly her real passion of being a true light for people. She simply helped anyone she came across no matter how low or high they were.

Sharon was preceded in death by her father William and her mother Clara. She is survived by her loving husband Tray, Her sons Bryan, Antwain and his wife Jessica, big brother William, stepdaughter Reshaw, stepsons Darnelle, Brandon, Tray and Tra’von, Grandchildren Amarion, Jawaune, Olivia, Gabby, Cyera and Kayla. Aunt Mattie Holmes, Aunt Myrtle Lewis and Uncle Walter Lewis and so many cousins, adopted nieces, nephews, and friends that were like family.

A Memorial service will be held Saturday , November 30, 2019 at the Dublin United Methodist Church in Dublin, VA. Visitation is at 4pm and the service starts at 5pm.