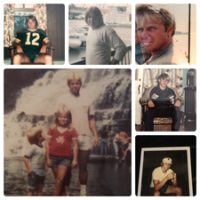 The family is being served by Gardner Funeral Home.