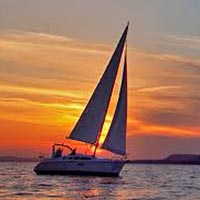 Jerry Richard Cupp, Sr., 69, of Christiansburg, passed away Saturday, May 30, 2009, at Duke University Medical Hospital. He was a paving contractor serving the New River Valley for over 50 years.

He was preceded in death by his parents, Stanley and Virginia Akers Cupp; his son, Jerry Richard Cupp II; and his sister, Charlotte Cupp Beckner.

The family will receive friends from 6 until 8 p.m. Tuesday, June 2, 2009, at the Horne Funeral Home. The funeral service will be 1 p.m. Wednesday, June 3, 2009, at the Christiansburg Presbyterian Church conducted by Dr. Don Makin with interment in Sunset Cemetery.

The family requests that those wishing to make memorials do so to Preston Robert Tisch Tumor Center at Duke, DUMC 3624, Durham, N.C. 27710.

The Cupp family is in the care of Horne Funeral Service, Christiansburg, Va. (382-2612)

Online condolences may be sent by visiting www.hornefuneralservice.com.