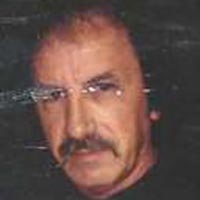 Ronald Dewitt Cupp, 75, formerly of Blacksburg, VA, departed this life Friday, October 3, 2019 at Lewis Gale Hospital-Pulaski after a short illness. Born May 25, 1944 he was the son of the late Harry and Catherine Barnett Cupp. In addition to his parents, he was preceded in death by his brothers Donald and Michael Cupp, and sister Judy Stogner.

Funeral services will be conducted Tuesday, October 8, 2019 at 12:00 PM in the Kendall Funeral Home Chapel in Pembroke with Pastor Michael Bond officiating. Burial will follow in Sunset Cemetery in Christiansburg, VA. The family will receive friends at the funeral home from 11-12.