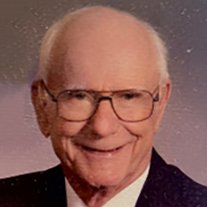 Raymon Cunningham, son of William Eli Cunningham and Minnie Ellen Richards Cunningham was born in Big Springs, WV, Calhoun County, on January 28,1933 and passed peacefully on May 24, 2022 with his children at his side.

He was a lifelong learner who valued education for himself and for others. Following high school, he served in the Army during the Korean War and was stationed in Germany as part of the 47th Infantry Regiment. He was awarded the National Defense Service Medal, Good Conduct Medal, and Army Occupation Medal.

Mr. Cunningham made his career in education, earning his Bachelor’s degree from Glenville State College and a Master’s Degree in Vocational Agriculture from West Virginia University. He began his teaching career in Agricultural Science in Gilmer County, before settling in Jackson County where he taught Vocational Agriculture while helping to build a competitive program with the Ripley High School Future Farmers of America.

Mr. Cunningham later moved to the administrative realm as an instructional director in the central office and at the WV Department of Education. By far his most beloved role was as the first director of the Arch A. Moore, Jr. Vocational-Technical and Adult Education Center (now the Roane-Jackson Technical Center), overseeing the construction thereof and the development of training programs for the youth and adults of Jackson and Roane counties.

Following his retirement from WV, Mr. Cunningham returned to the classroom to teach Biology in GA, and later to the administrative ranks in Pulaski County, VA. He spent his golden years of retirement in Jackson County where he enjoyed gardening, working in his lawn and landscaping, and trips to Florida beaches. He was a member of the Parchment Valley Baptist Church.

Funeral Service will be 1:00 pm Saturday, May 28, 2022 at the Waybright Funeral Home, Ripley, with Pastor Herman Robinson officiating. Burial will with Military Rites provided by the Jackson County Honor Guard will be in the Jackson County Memory Gardens. Friends may call on the family from 11:00 am until the time of service on Saturday at the funeral home.

Memories and condolences may be shared with the family by visiting www.waybrightfuneralhome.com

In lieu of flowers, donations can be made to the Hubbard House of Charleston, St. Jude’s, or the Wounded Warrior Project.