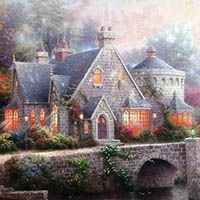 Mary Peters Cunningham, of Radford, Virginia and Claytor Lake, Dublin, Virginia, died June 3rd, 2009. She was the daughter of the late Dr. David W. Peters, who was the second president of then Radford College, and Anne Bruce Peters of Radford, Virginia. She attended St. Mary’s Junior College and is a graduate of Radford University. She was preceded in death by her parents, and a sister, Barbara Peters Wilborn. She is survived by her husband of 67 years, Charles Clarke Cunningham Jr.; three sons, Charles Clarke Cunningham III, and wife Cynthia Graveson Cunningham, Richard Bruce Cunningham and wife Bonnie Baker Cunningham, and William Kendall Cunningham. Also surviving are two granddaughters, Deborah Anne Parr and Mary Barrett Cunningham; two grandsons, Charles Clarke Cunningham IV and Richard Baker Cunningham; one great-grandson; a sister, Susan Peters Hall; along with many nieces and nephews. Family will receive friends Wednesday, June 10, 2009 from 1 to 2 p.m. at the Fellowship Hall at Grove United Methodist Church of Radford. A memorial service will follow at 2 p.m. in the sanctuary with the Rev. Richard Worringham officiating. In lieu of flowers, the family suggests memorial gifts be made to the Music Fund of Grove United Methodist Church, 1020 Tyler Avenue, Radford, Va., 24141 or to the charity of your choice. The family would like to thank Dr. Conatser, Vicki, Tina, Dr. Wyne and all who played a part in helping achieve Mary’s final wish. A special thank you to Sheri and Jessica. The Cunningham family is in the care of Mullins Funeral Home in Radford. www.mullinsfuneralhome.com.