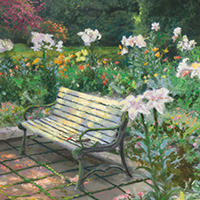 Evelyn Correll Cunningham passed away on May 8, 2014. She was born on March 24, 1925 to Raymond P. and Grace Woolwine Correll of Christiansburg, Va. She was a 1942 graduate of Christiansburg High School and received her BS degree from VaTech in 1949 and a Master of Religious Education from Faith Theological Seminary (PA) in 1958.

She was employed as a bookkeeper at St.Albans Sanatorium (Radford, Va.) 1944-46 and was Bible teacher in the Released Time Religion Education classes in Christiansburg Elementary schools from 1953-55. In 1958 Evelyn was appointed by the Independent Board for Presbyterian Foreign Missions (PA) to serve in Taiwan.

In 1977 she married Ralph T. Cunningham, a missionary having served in India for 40 years. He joined Evelyn in Taiwan and served there for another 20 years. They officially retired in March 1999.

She is survived by her sister, Constance Moehring of Blacksburg, Va.; a nephew, Raymond E. Correll of Ohio; a niece, Rebekah Frisk and husband, Martin; their two children, Samuel Frisk and wife Natalie and Joy Kaut and husband, Shane; also three great grand nieces and one great grand nephew,