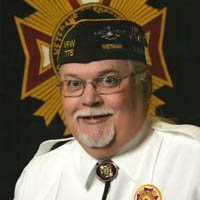 In addition to numerous academic publications, Dr. Cunningham also authored three books on Japanese feudal era history—Secret Weapons of Jujutsu, Taiho-Jutsu: Law and Order in the Age of the Samurai, and Samurai Weapons: Tools of the Warrior. In December 2014, Dr. Cunningham was honored as Black Belt Magazine’s 2014 Weapons Instructor of the Year. He was a noted international level competitor in the Olympic sport of Kodokan Judo. Dr. Cunningham earned a second dan black belt license in 1992 from the Kodokan Judo Institute in Tokyo, Japan.

Dr. Cunningham earned a PhD in Technical Communication from Illinois Institute of Technology in Chicago (2005). He is an alumnus of Texas A&M University-Commerce (formerly East Texas State University), with a Master of Science (1984) and a Bachelor of Science (1978), both in Journalism.
As a professional journalist, Dr. Cunningham was an award-winning reporter, photographer, and news editor for several daily newspapers in his home state of Texas and in Florida.

Dr. Cunningham was a member of Radford Veterans of Foreign Wars Post 776 and served as Senior Vice-Commander. He was also a member of American Legion Harvey-Howe Post 30 and Marine Corps League, New River Valley Det. #1190, both in Radford.

A senior member of the Society for Technical Communication (STC), Dr. Cunningham served terms as the Chicago regional chapter’s vice-president and president. He was also a member of Association for Teachers of Technical Writing (ATTW), Council for Programs in Technical and Scientific Communication (CPTSC), and Institute of Electrical and Electronics Engineers (IEEE).

In lieu of flowers, the family requests donations to the American Cancer Society or Radford Veterans of Foreign Wars Post 776.
The Cunningham family is in the care of Mullins Funeral Home & Crematory in Radford. www.mullinsfuneralhome.com