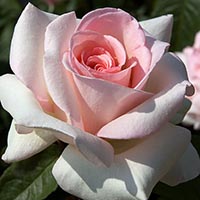 Ruby Clark Cummings, 102, of Narrows, passed away Thursday, October 11, 2007 at Riverview Nursing Home in Rich Creek where she was a resident.

Mrs. Cummings was born Ruby Evelyn Clark on February 11, 1905 in Bluefield, West Virginia, the eldest of five children of Samuel Harvey and Bertha Clay (Ellis) Clark. Mrs. Cummings married Raymond Lawson in 1923 in Bluefield. He died in 1936 and she moved to Narrows. She married Mr. S.B. Cummings in 1938 and they were married 55 years. Together they raised Mrs. Cummings three children, George, Ted and Doris Lawson in Narrows. All three are now deceased. Mr. Cummings died in 1993.