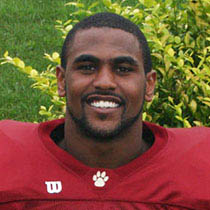 He was a member of the First Missionary Baptist Church in New River. Kevin was also a senior at Pulaski County High School where he was a former member of the Cougar Football Team, serving as a captain during his playing time. Kevin was recognized in Sports Illustrated magazine during his junior year at Pulaski County High School and received many other sports honors and recognitions. He was well loved by his family, neighbors, and friends.

A tribute to Kevin was published at CougarFootball.net