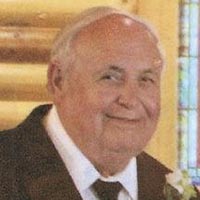 Donald Gene Cromer, age 80, of Christiansburg, went to be with the Lord on Sunday, May 3, 2020. He was born in Montgomery County, Va., on January 5, 1940, to the late Robert Howard and Mary Sue Heslip Cromer. He was also preceded in death by his wife of 53 years, Shirley Pannell Cromer; brothers and a sister.

He is survived by his daughters and sons-in-law, Teresa and Tim Ratcliffe, Christy Cromer and (Jeremy); grandchildren, Nathaniel Oliver, Brianna Killgore; brother, Marvin Cromer; as well as numerous nieces and nephews.

A private graveside service will be held at North Fork Baptist Church Cemetery.

In lieu of flowers, the family is asking for donations to help with funeral expenses.