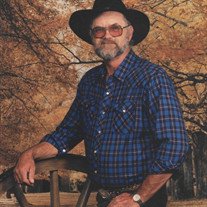 Charles Franklin Cromer, 76, of Christiansburg, VA, passed away March 21, 2021. He was preceded in death by his parents, Houston and Louise Cromer; sister, Barbara; brother, Stephen; and grandson, Daniel.

The family would like to thank all the wonderful nurses at Radford Health and Rehabilitation and Heartland Hospice who cared for Charlie and a special thanks to his caregiver, Missy.

To honor his request, there will not be any visitation or services.