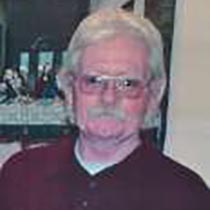 Michael Edward Crockett, 60, of Curve Road, Pearisburg, departed this life Sunday evening, November 27, 2016 at his home in the care of his family and caregiver. Born at Ft. Belvoir, VA on November 10, 1956 he was a son of Cora Deweese Crockett of Christiansburg and the late Walter G. Crockett, Jr.

He was a member of The Church of Jesus Christ of Latter Day Saints and had been employed at Renee Industries. He was preceded in death by his Father, his brother Raymond Lee Crockett and his sister Sherie Crockett.

Memorial services will be conducted Wednesday, November 30, 2016, at 2:00 pm in the Kendall Funeral Home, 605 Snidow St., Pembroke. The family will receive friends at the funeral home one hour before the services. Online condolences may be sent by visiting kendallfuneralhome.com.