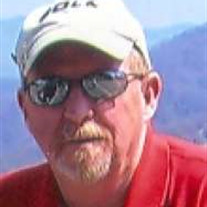 Frederick Vinson Crockett, 65, of Christiansburg, Va., went to be with the Lord on February 19, 2009, at Carilion NRV Medical Center after a valiant and courageous battle with scleroderma and heart disease. He was preceded in death by his parents, Richard V. and Winifred Crockett; and brothers, Richard M. Crockett and Charles R. Crockett. He retired from Alliant Tech Systems after 39 years.

He is survived by his wife of 45 years, Ruth A. Crockett; his daughter, Tammy Rutrough, of Check; daughter and son-inlaw, Diana and Jeff Vaught, of Christiansburg and Blacksburg; son and daughter-in-law, Mark and Connie Crockett, of Riner; granddaughters, Taylor Crockett and Kaitlynn Rutrough; papa’s little buddies, his grandsons, Ethan and Austin Crockett; brother and sister-inlaw, James and Peggy Crockett, of New Iberia, La.; sister and brother-in-law, Ellen and Terry Bentley, of Blue Ridge; sister, Leona Trail, of Pulaski; a host of nieces and nephews; and best friend, Larry Sowers, of Christiansburg Va.

The family requests, in lieu of flowers, donations to the Christiansburg Rescue Squad, P.O. Box 176, Christiansburg, Va. 24073. A funeral service will be conducted on Sunday, February 22, 2009, at 2 p.m. from the chapel of Horne Funeral Home with Pastor Allen Vass officiating. Interment will follow in Sunset Cemetery.

The family will receive friends on Saturday, February 21, 2009, from 5 until 8 p.m. at the funeral Home. The Crockett family is being served by Horne Funeral Home. Online condolences may be sent via hornefuneralservice.com.