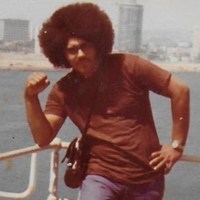 Samuel Crisp Jr., age 73, departed this life on Thursday, October 21, 2021 after a brief illness. Sam was the youngest son of the late Samuel and Mary Della Crisp. He is preceded in death by four brothers, Dennis, Douglas, Donald and Richard Crisp and one sister Alice Crisp.

Sam graduated from Morristown College, Morristown, TN and continued his studies at Knoxville College, Knoxville, TN. Sam was a lifetime resident of Pulaski, VA. He was extremely devoted to his family. Sam was baptized later in life; however, his spiritual journey began early at the United Holiness Church, Pulaski, VA and proceeded at First Baptist Church, Pulaski, VA, where he faithfully served on the usher board for several years. He was a gentle giant, well known for his kindness and generosity.

Funeral services will be held Wednesday, November 3, 2021, at 2:00 p.m. at First Baptist Church, 220 Magazine Street, Pulaski, VA 24301. The family will receive friends one hour before service time at the church. Interment will follow at Pinehurst Cemetery, Pulaski, VA.