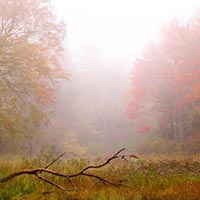 Sunday, September 27, 2020, Robert Joseph Cricenti, 74, unexpectedly passed at his home in Blacksburg, Va. Known to many as Bobby, he was a loving Datok to his grandchildren and Uncle Bob to countless friends and students whom he regarded as family.

Bob was born and raised in New London, NH, the son of Frank N. and Alma H. (Whitman) Cricenti. His early years would often find him playing with cousins at the family farm or working at the family market. He was deeply embedded in his community there participating in everything from scouting as a boy to the Rotary Club as a businessowner.

As a student he demonstrated an aptitude for mathematics and chose to continue his studies at Williams College. Bob enjoyed his time at Williams, he made lifelong friends and learned to see the world through a broader lens. After graduation he decided to dedicate his energies to help in the world and entered the Peace Corps. This choice took him to Malaysia where he met, and married, his wife of 49 years, Rita (Rabitah Zainuddin) Cricenti.

Bob and Rita returned to New London in 1971 and happily spent the next 45 years there contributing to their community and building a family. He, eventually, took over Cricenti’s Markets, which grew into a small chain of grocery stores, and became an active member of Associated Grocers of New England.

In 2005, Bob sold the grocery stores and retired to Floyd, Va. where he became a “gentleman farmer.” He contentedly spent his time playing with grandchildren, helping out on his daughter’s farm, and learning to become an orchardist. He planted apples, pears, and plums, and refined his canning and baking skills. One of his favorite activities was baking apple pies for friends and family. When they weren’t working the orchard, Bob and Rita spent time traveling. They loved to find new places to explore as well as returning to “home” with families in NH, or Italy, or Malaysia.

After a dozen years or so, Bob decided it was time to retire from his retirement and sold their orchard home. He and Rita moved to Blacksburg, Va. where they had become active in the Malaysian American Student Association at Virginia Tech. Bob continued to enjoy an active retirement transporting grandchildren to activities, cheering on his Hokies, taking leisurely walks, taking in a Minor League ballgame, or trying any sort of new activity that struck his fancy.

Bob was interred at the Islamic Cemetery of New River Valley on September 28, 2020. The family is planning to host a memorial in the spring 2021. In lieu of flowers, please contribute to your preferred charity, offer a prayer in your religious community, and, if eligible, vote. Arrangements by McCoy Funeral Home, Blacksburg.