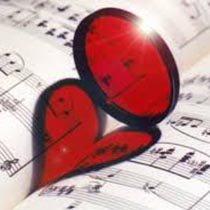 On Monday March 13th 2017 Charles Richard Crigger, 85, of Pulaski, was welcomed into Heaven.

He was born Sept. 16th 1931 in Wytheville and was the son of the late Elmer Hix Crigger and Eula Umberger Orfield. He was also preceded in death by his beloved wife of 58 years, Aileen Harden Crigger, a son, William Cecil (Bic) Eversole, sister and brother in law, Louise and Mark Babcock, nephew, Steve Babcock.

He was employed with Pulaski Motor Company for 34 years and his co-workers at the dealership were his second family. After his retirement from the dealership he continued to work for Pfizer Company until its closing. He enjoyed the outdoors and loved fishing but his true passion was music.

Survivors are his son and daughter in law, Charles Darren and Dawn Myers Crigger; daughter and son in law, Tammy Jane and Jon Charles Davy Owens; grandson, Adrian Turner; daughter in law, Dinah Barlow Hodge. He will be greatly missed by his “adoptive” children and grandchildren who fondly referred to him as “Paw Crigger”,