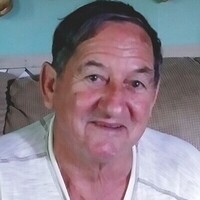 Melvin Gilford Cressell, Jr., 72, of Dublin passed on Monday, September 14, 2020. He was preceded in death by his parents, Melvin and Rosie Cressell; and maternal grandparents, William Vance Robertson and Alice Hardy Robertson.

“Melvin” to some, but “Junior” to most, he spent his life playing in the dirt, on the road, working under the hood of a vehicle, or rescuing someone in distress. Melvin spent over 30 years working for H.T. Bowling, Inc. in some capacity, and the last 14 years for Gregory General Contracting. Melvin was a kind, generous man who gave his time and resources to anyone and everyone. He loved his friends and family well. He will be remembered fondly, and he will be dearly missed.

The family will receive friends on Monday, September 21, 2020 from 4 until 7 p.m. at the Mullins Funeral Home in Radford.

The Cressell family is in the care of Mullins Funeral Home & Crematory. www.mullinsfuneralhome.com