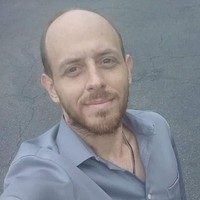 With deepest sorrow, we announce that our most beloved son, Richard Allen Creps III, at 33 died peacefully at home on November 22. Ricky was born on January 14, 1986 in Henrico County. He graduated from Auburn high school in Riner in 2004.

Funeral services will be held at 5 p.m. on Friday, December 6, 2019 at the Mullins Funeral Home in Radford.

Rest in Peace Ricky – We love you!!