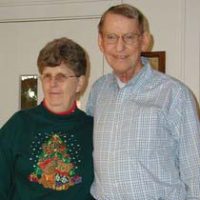 Jack Buford Crawford, age 77 of Pulaski passed away on Friday Dec. 19, 2014 at Lewis Gale Hospital – Pulaski. He was born in Honaker Va. on April 7, 1937 and was preceded in death by his parents Edward and Pauline Crim Crawford.

He was a dedicated member of Anderson Memorial Presbyterian Church. He served many years as the Church musician, and served as an Elder and Church Treasurer. In later years, he enjoyed volunteering at Lewis Gale Hospital – Pulaski and proudly served as an organist at Seagle Funeral Home.

He is survived by his wife Reba Chandler Crawford of Pulaski: one son, Mark Crawford and his wife Stephanie of Christiansburg: two grandchildren, Megan and Noah Crawford of Hillsville: One Aunt, Loraine Neely of Adairs Run, W.Va., and one Uncle, Paul Crawford of Glen Lynn, Va. Jack was also survived by many nieces and nephews.

Flowers will be appreciated or consider a Memorial to Anderson Memorial Presbyterian Church P.O. Box 2349 Pulaski, Va. 24301. Online condolences may be sent to the family by visiting www.seaglefuneralhome.com Arrangements by Seagle Funeral Home, Pulaski. 540-980-1700