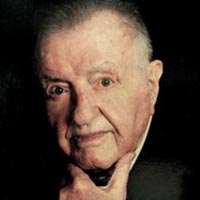 Albert Wesley Crawford entered the world as the Roaring 20’s was winding down and heading toward the Great Depression. Al’s parents, Scott and Minnie Crawford, welcomed him into the world on January 18, 1927, the year that Babe Ruth would become a homerun king and Lucky Lindy flew across the Atlantic solo.

Sadly, in 1929, Al’s mother passed away prematurely, a victim of tuberculosis. After her death, Al’s father chose to let his tenant farming parents, Al’s grandparents, John Scott Crawford and Fannie Morris Crawford of Elkton, Virginia, take over raising him as Al’s father moved to Pennsylvania to find work. They welcomed him into their home and raised him as their own.

The Depression came, but its effects went unnoticed as his family had very little financial resources and owned no property. Luckily, the family who owned the farm on which they lived and worked was able to maintain operation of the farm, allowing Al to find some degree of stability in an otherwise turbulent time. Caring grandparents and the ability to avoid having to leave the Shenandoah Valley to find work helped Al establish a supportive network of family and friends that provided the foundation upon which future successes rested.

In first grade, Al’s grandmother became fearful that the one car in Elkton might run over him as he walked to school, so she held him out one year. This decision ended up having an important impact on Al’s life as it resulted in him graduating from high school in 1945, not 1944, thus allowing him to serve in the United States Army Air Forces reserves from 1944-1945 and to enter basic training following Germany’s surrender and lasting through the dropping of the atom bombs on Japan. This one-year delay allowed Al to miss seeing combat in World War II and to serve as part of the United States’ occupation forces of Japan from December 1945 to roughly November 1946. He was honorably discharged from the Army Air Forces in December 1946 and served in the inactive reserves until 1950.

When Al graduated high school in 1945, he was only the second in his immediate and extended family to earn a diploma. Upon his return from Japan in 1946, thanks to the G.I. Bill, Al became the first in his family to graduate from college, earning a bachelor’s degree from Bridgewater College in 1951. From 1952 to 1989 Al worked in the Dean of Students Office at Virginia Tech in various capacities, including serving as business manager of Squire’s Student Center. In 1961, Al earned a master’s degree from Virginia Tech. During his tenure at Tech, Al was a member of the International Association of College Unions, the National Association of Student Personnel Administrators, and was a charter member of the Virginia Association of student Personnel Administrators. He also served as a faculty advisor for Circle K and was active in Blacksburg and Montgomery County Kiwanis.

It was on August 1, 1953, that Al married Courtney Partlow. While the marriage had a good run of roughly 35 years, ending in divorce in 1988, the marriage had the distinction of producing two sons, Albert Wesley Crawford, Jr., and Benjamin Scott Crawford. Both are happily married to Gouri Krishna and Sonja Crawford, respectively, and those marriages produced three grandchildren for Al, including Wes and Gouri’s daughter, Reshma, and Scott and Sonja’s daughter and son, Sophia and Xander. Of the three, Reshma is the only grandchild to be married at this time. She has a wonderful husband, Chris Straker, who has a hilarious sense of humor that Al would have loved.

Al will be sorely missed. To his sons, he epitomizes not only the ideals of what it is to be a great father, but also a great human being. Al taught his sons that everyone should be treated with respect. He taught his sons that character, not how much money someone makes, skin color, or ethnicity, is what defines people, and that all individuals should be treated as equal. While by no means perfect, he modeled for his sons that adversity in life can be overcome with the right attitude and through hard work. Al will be missed, but the world is truly a better place because he was here.

We love you dad.

The family will welcome visitors to join them in celebrating Al’s life on Friday, July 12, from 6:00 PM – 8:00 PM at Oakey’s South Chapel, 4257 Brambleton Avenue, Roanoke, VA. A memorial service in Blacksburg will be occurring in the near future. In lieu of flowers, donations to the American Alzheimer’s Foundation of America are appreciated.