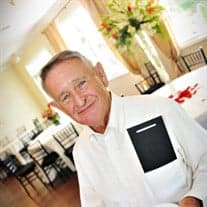 It’s with broken hearts that the family of Kenneth Rayburn Cranford announce the loss of their beloved father and grandfather on February 9, 2022. He passed peacefully at home surrounded by the presence of his family.

Ken is preceded in death by his son, Douglas Cranford, and survived by his wife of 67 years, Judith Elaine Cranford; his children Tommy Cranford, Lisa Gunter and Jan Green; his six grandchildren and five great-grandchildren.

Ken was born to Mary Frances and Seth Rufus Cranford on May 8, 1934, in Randleman, North Carolina. He served his country in the United States Army from 1955 to 1957. Ken married his high school sweetheart, Judy, and together they raised four children. In 1968 Ken and Judy moved their family to Christiansburg, VA, and settled down. Ken was a member of Christiansburg Kiwanis Club for over twenty-five years, a faithful member of Faith Missionary Baptist Church for over forty-five years, and an active member in the Christiansburg Community. Ken’s greatest joy in life was taking care of his family and serving others. He was the greatest example of putting others first and truly felt the greatest joy when helping someone in need. He touched countless lives during his 87 years and will be deeply missed by everyone who knew him.

The family will receive visitors at Horne Funeral Home in Christiansburg, VA, on Friday, February 11, 2022, from 5 – 7pm. A funeral service in celebration of Ken’s life will be held at Faith Missionary Baptist Church on Saturday, February 12, at 11:00am. Burial will immediately follow at Roselawn Memorial Gardens.