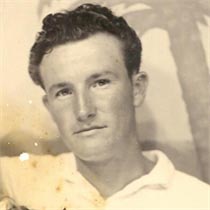 Paul Harless Craighead, 81, of Draper, Virginia went to be with the Lord on Friday, April 15, 2016. He was born on November 17, 1934, to the late Linden R. Craighead and Violet E. Craighead in Shawsville, Virginia.

He is survived by his daughter Rhonda G. Lilly and son-in-law Ron Lilly; Granddaughter, Angela L. Sinyard; Grandsons, Paul C. and wife Meka, and, Daniel J. Lilly; and great-grandsons, Caleb P. Lilly, and, Christopher A. Lilly. He is also survived by his brother and sisters and spouses, Sister Helen Brown, of Shawsville, Va., Sister Gladys Hurst, of Shawsville, Va. Sister and Brother-in-law, Janet and Randel Martin, of Christiansburg, Va; Sister Jane Smith, of Blacksburg, Va. and Brother and Sister-in-law, Curtis and Jeanne Craighead, of Shawsville, Va. Also survived by many special nieces, nephews, and, friends.

The family will receive family and friends on, Monday, April 18, 2016 from 6 to 8 p.m. at Horne Funeral Home. The funeral service will take place on Tuesday, April 19, 2016 at 11:00 am inside the Horne Funeral Home chapel, with, Rev. Ron Lilly, Rev. Roy Shrewsbury and, Rev. Ivan England all officiating. Interment will follow at Roselawn Memorial Gardens, in Christiansburg, Va.