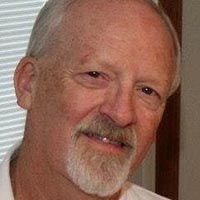 James Richard Craig, Ph.D (71) of Pembroke, VA died April 6, 2015 of complications from a rare mutation of non-smoker’s lung cancer. Born in Des Moines, IA on January 9, 1944 the son of the late Ed and Alyce Crawford Craig, he grew up on the family farm in nearby Mitchellville.

Dr. Craig attended Mitchellville schools graduating valedictorian of the Class of 1962. He played basketball and was the quarterback for the football team. He sang in school musical groups and was invited to be soloist for weddings of family and friends.

Dr. Craig attended Central College in Pella, IA where he continued playing football. He graduated with a B.A. from Drake University in 1966. Accepted to Iowa State University graduate school, he studied psychology, earning a M.S. (1968) and Ph.D. (1969). Upon graduation he accepted a position at Western Kentucky University (WKU) in Bowling Green, KY. During his 31 years at WKU he served on the faculty in the Psychology Department, led the team that developed the Kentucky Teacher Career Ladder, a precursor to the Kentucky Education Reform Act, and served as Assistant Dean in the College of Education and Behavioral Sciences.

Dr. Craig then became the Senior Researcher at Appalachia Education Laboratory in Charleston, WV where he conducted research and evaluation until 2006 when he returned to the classroom at Virginia Tech (VT), in Blacksburg, VA teaching in the Educational Leadership Program. He retired in 2013.

Dr. Craig was a man of many talents—teacher and mentor to many students and graduate assistants through the years as well as author of the textbook, Methods of Psychological Research. During his short tenure at VT Dr. Craig chaired at least 10 dissertations; one won a national award.

Carrying on the legacy of his father, Dr. Craig believed one should “Leave a place better than you found it.” He frequently admonished his students and others to do the same. In his personal life, Jim was a musician, playing with Bowling Green, KY friends in a band, and writing and recording at least eight CDs that included several original songs as well as covering many favorites.

Always a cowboy at heart, he began riding as a child and continued as long as he was able. He often shared pictures of his horses with students and ended each class with the cowboy favorite: “Happy Trails to you until we meet again.”

It was his wish to be cremated and have no formal memorial. Family and friends will gather for a celebration of life for Dr. Craig at Lost River Cave Birch Room on April 10 from 6 to 9 p.m. A second celebration will be held in Blacksburg, Virginia at the Hahn Garden Pavilion on June 6 from noon to 2p.m.

So much of his last year has been a tremendous lesson to us. His resolve to try what he knew would be difficult reflects his incredible courage. He lived life to the fullest and was a teacher to the end. Given his life-long dedication to education, pthose who wish to honor his memory may do so by making a donation to their favorite school scholarship fund.