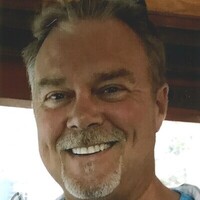 Timothy “Tim” Alan Cox, 53, of Radford, was called home on Monday, January 18, 2021. He was the worship leader at Calvary Baptist Church in Radford and was a counselor with Radford and Blue Ridge Counseling Groups.

Tim was a licensed professional counselor, working with clients throughout the New River, Roanoke and Shenandoah Valleys. In his work, Tim helped clients navigate their obstacles to find healing, purpose and success in life. He had a strong passion for leading worship and ministering internationally, having served with a mission team to Costa Rica. He was a man of many interests which included driving stylish European cars, drinking strong dark coffee, enjoying large buffets with bacon or pizza, bragging on a stop at Krispy Kreme, wearing driving gloves, nice clothes and sunglasses, shopping at local pawn stores, encouraging others to eat raw oysters, relaxing by the pool or hot tub, winning at trivia and Family Feud, taking people on new rollercoasters, watching Gunsmoke and Andy Griffith, and traveling with Judi to new islands and sunny beaches. His favorite pastime was listening to music of many genres. He is known for heartfelt singing to loud music with his fingers tapping on the steering wheel during long drives with family and friends. His love of music influenced many of his children to enjoy everything from Phantom, Les Misérables, James Taylor and Edwin McCain. Because of his love for his Lord and Savior, his favorite music was contemporary Christian and he often traveled near and far to hear his friend, Charles Billingsley. Tim was a great listener and had a knack for making people feel connected and important. He will be missed by all who knew him.

Special thanks goes to his friend, Pastor Timothy, and Hannah-Kait Worles for the many, many hours of food, conversation, travel and fun memories. Additional gratitude is extended to his colleagues, Keith Fender and Angie Dillon. Tim especially enjoyed his time spent worshipping alongside those involved with the CBC praise team. The family wishes to thank those who have supported them during Tim’s unexpected weeks in the ICU.

A viewing implementing masks and social distancing measures will be open to the public on Saturday, January 23rd from 12:00-1:30 p.m. at Calvary Baptist Church in Radford.

In lieu of flowers, please direct love offerings to the Missions Fund or the Music Ministry Fund at Calvary Baptist Church.

Tim’s family is in the care of Mullins Funeral Home & Crematory in Radford. www.mullinsfuneralhome.com