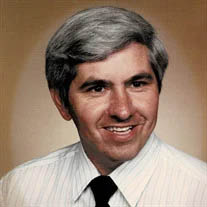 Jerry Wayne Cox, 71, more affectionately known as ‘Buddy’ by his family, of Christiansburg, VA, passed away on August 5, 2022. He was born to the late John W. Cox and his surviving mother, Mareinda Cox. Besides his father, Jerry is preceded in death by his sister Barbara Sutphin and his brother Van Douglas Cox.

Jerry was well known for his 30 years of service at Shawsville High School (also Eastern Montgomery) as a custodian and overseeing after school sports and activities. After retirement from the school system, he went on to provide 13 years of service at Krogers on Main St. in Blacksburg, greeting and picking with customers and co-workers alike. A special thank you to Kroger and the management team and staff who helped Jerry work as long as he could while battling Parkinsons.

Jerry loved his family, his work, his co-workers, the children at the school, sports, mowing & wrestling on tv and dogs. He took seriously his job to keep the school clean and had so much pride in his work. He was one to be found sneaking moon pies, cheeseballs, oreos, popcorn or potato sticks when he thought you wouldn’t notice. He was very much a homebody, only getting out to travel to the beach once a year. Jerry was outgoing around others and yet quiet and humble around those who knew him well.

The family would also like to express their thanks to the ‘angels’ of Hospice who provided care and treated Jerry with concern, dignity and respect. We are forever grateful.

The family will receive friends on Wednesday August 10, 2022 from 12-2pm at Horne Funeral Home with funeral services to follow at the Horne Funeral Home Chapel, officiated by Pastor Craig Reed of Harbor of Hope Church. Interment will be at the Roselawn Memorial Gardens Mausoleum.