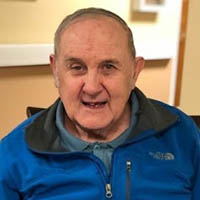 Douglas Wayne Cox, 76, formerly of Indian Valley, departed this life on Tuesday, December 15, 2020, at the Memory Care Unit in Commonwealth Senior Living, Hillsville, where he had been a resident since December 2015.

Doug attended Franklin School in Indian Valley, Indian Valley Elementary School, and Willis High School and worked at various places, including the Christiansburg Stock Pen, Salem Tie Yard, Burlington Industries, Radford Army Ammunition Plant, and Roanoke Electric Steel, before becoming a long-distance truck driver. Locally, Doug drove for Willis Trucking and Bassett Furniture before taking a job with Overnite Corporation. Doug was employed by Roadway Express and based in Youngstown, Ohio, and Buffalo, New York for nearly twenty-five years before retiring to the Youngstown area in 2009. Doug enjoyed telling stories about the doings and sayings of interesting people he had known or heard of throughout his life, and will, himself, be remembered for his love of a good story, great sense of humor, and loud, infectious laugh.

Graveside services will be held at 2 p.m. on Saturday, December 19, 2020 in the Moten Cox Cemetery with Rev. Joe Cox officiating. The family will gather from Noon – 1 p.m. at the Maberry Funeral Home Chapel prior to the service.

The family thanks Commonwealth Senior Living in Hillsville and Medi Home Health and Hospice for taking good care of Doug. In lieu of flowers, family and friends are encouraged to make donations to the charities of their choice.