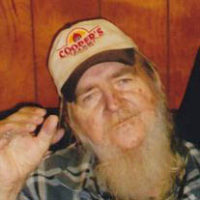 Lawrence Milton Cooper, 67, of Elliston, went to be with the Lord on Wednesday, December 17, 2014. He was a great father, son and PaPa. He was preceded in death by his father, Harold R. Cooper.

Funeral services will be held on Saturday, December 20, 2014 at noon at Lotz Salem Chapel. The family will receive friends at 11 a.m. one hour prior to the service. Interment will be immediately following service at Sherwood Memorial Park.