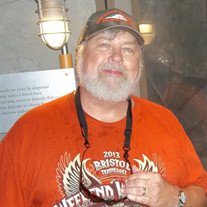 He is survived by his wife of 42 years, Patsy Cooper; daughters, Kristen Cooper and special friend, Veronica, Kimberly Ashwell and husband, Jonathan; mother, Retha Cooper; brother, Randy Cooper; nephew, Josh Cooper and wife, Kristen; great niece, Luna; and numerous extended family members. He was a loving father and husband and was a special uncle to his many nieces and nephews. His special little girls, Josey and Skylynn, and his little “buddy,” Adam, were especially dear to him.

Frank attended Abundant Praise Congregational Holiness Church. He loved his daughters and spending time with them. He was very generous in making sure they had everything they needed. They were the highlight of his life. Frank enjoyed going on adventures with his son in law, which included museums and his very first Atlanta Braves baseball game in DC. He and his wife enjoyed their many day trips often times visiting caverns which was a favorite of his, but not necessarily a favorite of hers due to her fear of being underground, which he found quite amusing. He was also an avid NASCAR racing fan.

Frank will be deeply missed by all who knew him and our hearts will be forever broken.

Funeral Services will be conducted Thursday, April 29, 2021 at 11:00 am in the McCoy Funeral Home Chapel with Rev. Jerry Shepherd and Rev Gary Shepherd officiating. Interment will be held in Roselawn Memorial Gardens. The family will receive friends from 10-11:00 am Thursday morning. Arrangements by McCoy Funeral Home, Blacksburg, Va.