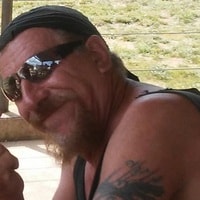 Bob Amon Cooper, of Pilot, went to be with the Lord on Wednesday, January 5, 2022. He was born June 3, 1958 in Radford. He was preceded in death by his mother, Ethel W. McPeak and father, Wesley H. McPeak.

Bob took pride in riding his motorcycle and loved taking care of his dogs.

The family will have a private memorial service at a later date.

The Cooper family is in the care of Mullins Funeral Home in Radford. www.mullinsfuneralhome.com