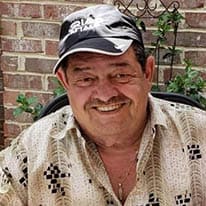 William “Bill” Lane Cook born May 4, 1950, passed away peacefully on October 22, 2021. He was preceded in death by his parents Ward and Lois Cook, brothers Lenza and Danny Ray Cook, and father- in-law and mother-in-law Paul and Geneva Collins.

Bill always went out of his way to make those around him smile, laugh, and have a good time. If he liked you, he picked on you and he often gave people nicknames. He enjoyed sitting on the back porch with his family and friends laughing and telling stories about the good old days while watching the deer come in the field. He was known for making his delicious pound cakes and enjoyed making them for loved ones and friends. When able, he never missed a ball game, track meet, band concert, or other recognition event and was always there to support his children and grandchildren. Pa, also known as ol’ goat and Punkin, was stubborn in the fact that he never wanted to smile for a picture, even though he had one of the best smiles ever!

Bill and Brenda had a long-lasting love that is rare and one of a kind. They were high school sweethearts, and you didn’t see one without the other. Like anyone else, he loved to pick on her too, but she would give it right back to him without missing a beat! He truly was the perfect husband, father, and Pa!

At Bill’s request, there will be no funeral service. In lieu of flowers, the family asks that donations be made in his name to the Floyd County Rescue Squad as sincere gratitude for all of their exceptional care over the years.