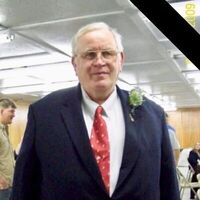 William Eugene “Bill” Cook, 77, passed away on August 21, 2022 at the Veteran’s Care Center in Roanoke, VA after a lengthy illness. Bill was born on 4/14/1945, to William Cook Jr. and Faith “Faye” Constance Hamilton Cook Love. He was the oldest of 6 children. He was a devoted father and brother; but his favorite role, by far, was being a doting grandfather. He was funny, generous, quick with a witty comment or a story, and rarely met a person he didn’t like.

Bill was a veteran of the US Marine Corps 1963-1968 where he served 2.5 tours in Vietnam. He later went on to serve in the Marine Corps reserves, the Army reserve and the Air Force reserves; he retired from Dept of the Defense (ALTESS) in 2008 after 25 years of service.

Bill was a member of the Masonic Lodge of Texas; Baytown Lodge #1357. He was raised to Master Mason in June 1981, going on to complete the Scottish Rite (Sept.1981) and York Rite in Houston TX. Ten years later in 1991 he achieved his goal of becoming a Shriner at the Kazim Temple in Roanoke, VA. In 2003, he became a lifetime endowed member of the Grand Lodge of Texas.

He was active in the community: He was one of the founding members of the Marine Corps League of the New River Valley, a regular volunteer during USMC yearly Toys for Tots campaign, and he was an adult leader with both Boy Scouts and Cub Scouts. Bill was also instrumental in founding the National Anglico Association and served as its first president.

Funeral services for Bill will be held at Bower Funeral Home on Bob White Blvd in Pulaski on Monday, August 29th. Family will receive visitors from 12:30 to 1:10, followed by a short Masonic Ceremony. Funeral services will begin at 1:30, followed by burial with military honors at SW Virginia Veteran’s Cemetery in Dublin, VA at 3pm. There will be a Wake held in Bill’s honor immediately following the graveside service at the Thornspring Golf Course & Country Club, Pulaski.