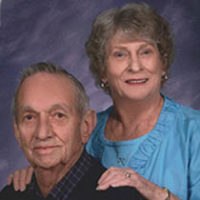 He was a member of Grove United Methodist Church and a retired owner of Cook’s Clean Center. He was a U. S. Navy veteran during WWII and served for many years in the Navy Reserves. Bill was a lifetime member of the Radford Fire & Rescue Dept. where he began his service in 1951 and later achieved the rank of Captain.

He was preceded in death on February 8th by his wife and love of his life, JoAnn K. Cook. Also preceding him in death are his parents, Walter and Georgia Cook; his first wife, Irene Young Cook; daughter Susan Cook Shockey; son, Stephen J. Irby; grandson, Matthew James Cook; sister and brother-in-law, Georgia Lee and Bill Kelley; and brother and sister-in-law, Jack and Cherokee Cook.

The family will receive friends from 11 a.m. until 2 p.m. on Monday, March 13, 2017 at Grove United Methodist Church in Radford. Memorial services will begin at 2 p.m. with Rev. Richard Patterson officiating.

The Cook family is in the care of Mullins Funeral Home & Crematory in Radford. www.mullinsfuneralhome.com