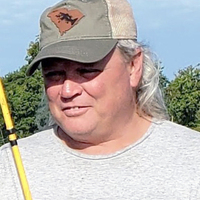 Bill was a member of the First Missionary Baptist Church in Ballard, WV, and worked as truck driver for RT Rogers Oil in Hinton, WV. He was a beloved husband, father, grandfather, brother, uncle, and friend.

Funeral services will be held at 7:00PM on Friday, July 22, 2022, at the Broyles-Shrewsbury Funeral Home Chapel in Peterstown, WV, with Pastors Tim Sanderson and Steve Howdock officiating. Visitation will be from 6:00PM until time of services on Friday at the funeral home.

In lieu of flowers, the family requests that donations be made to help with the funeral expenses.