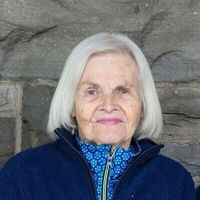 Bob and Sue operated Conrad Brothers Boat Docks, which was the first marine business on Claytor Lake. Sue remained active in the business after Bob’s death in 2001. They loved to travel and spend time at their winter home in Port Salerno, FL for over forty years.

Sue was a long-time member of Shiloh Christian Church and a beautiful example of Christian faith to all who knew her. She spent countless hours serving her neighbors at Pulaski Daily Bread and was a faithful blood donor for the American Red Cross. She lived a life of service to her church, her family and her community.

The family is in the care of Bowers Funeral Chapel, Pulaski, VA. Out of respect for the safety and health of their family and friends, there will be no public services. Donations in Sue’s memory can be made to the Shiloh Christian Church Benevolence Fund, 179 Bentley Lane, Pulaski, VA 24301.