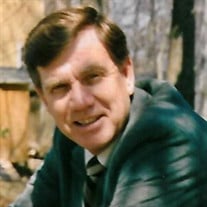 Kenneth Gene Conner Sr. passed away in his home on September 4, 2021 with family at his side. Gene was born in Centralia, Illinois on July 22, 1936, the oldest son of Fred and Velma Conner. The family moved to Warwick Village, in what is now Newport News, Virginia, when he was two years old. Gene spent his youth playing baseball and basketball, sneaking into the drive-in theater with his buddies (Doug Kellis, Jim Pierce, Richard Davies and Fred Kellis, to name a few) and arriving home late to dinner.

He graduated from Warwick High School in 1954 and attended Wake Forest College on a baseball scholarship where he played basketball as well. It may have been the required ROTC uniform and chapel attendance that drove him to accept an invitation to play in the Yankees farm league before graduating. It certainly wasn’t the money. He spent a year playing ball in St. Petersburg, Florida before being sent ‘up’ to Kearney, Nebraska to the Yankees’ Major League training camp. As it turned out, he did not have a Major League fast ball and returned to Newport News in 1957.

In 1958, he married Margaret Bennett with whom he had four children: Kenneth Conner Jr., Naomi Conner, Desiré Pierson (Tony), and Robert Conner (Char Bittner). He put a lot of time and attention into being a great dad, taking Kenneth to his ball games, enduring every Disney movie that came to the local theaters, and turning down promotions that would have required him to move out of town.

Gene’s career began working out of the Local Union 540 Plumbers and Steamfitters where he was a journeyman pipefitter. Working in the construction trades prepared Gene for his next job as an apprenticeship representative for the VA Department of Labor. Gene excelled in this position, working with a wide range of service companies, ranging from the building trades to cosmetology and culinary. Gene re-designed the process by working with companies to create apprenticeship positions and connecting them with young men and women who wanted to learn a trade through the apprenticeship system. He formalized the celebration of the apprentices’ achievements by starting formal graduation ceremonies, including involving notable speakers and dignitaries. He also found the time to teach math twice a week for twenty years at Vo-Tech. When Gene retired from the Department of Labor in 1978, he went to work in the private sector as a commercial construction superintendent where he was responsible for coordination of entire projects from groundbreaking to project completion. After retiring a second time from the construction world, Gene took some time off and played golf until he got restless and agreed to work for an environmental consulting firm, where he performed site inspections associated with environmental assessments nationwide. It wasn’t unusual for Gene to be working in the DC area one week, the Midwest the next, and California the week after that. He continued working into his early 80s.

Gene had a lifelong love of sports, lettering in basketball and baseball in high school and playing both sports at Wake Forest. Following the year he played baseball in St. Petersburg, Florida with the Yankees farm system, he played semi-pro baseball from 1958 to 1968, coached basketball at the Apprentice School, and played basketball well into his 70s. He couldn’t throw a balled up piece of paper without shooting it.

Gene loved his grandchildren and enjoyed (and endured) many years of taking care of them for weeklong periods while their parents went on child-free vacations. When they were young, he always had ice cream and chocolate chip waffles for Samantha when she visited, took Nick to Florida to watch Spring Training baseball when he was 10, and was a top financial supporter of Matt’s Lego interest. He was proud of them as adults because they were happy in their lives. Gene was pleased that his first great-grandchild (Lily-born a month before his death) was a girl because “girls are easier.”

He is predeceased by his parents and his second wife Ann Spinazzolo. He is survived by his children; his grandchildren, Matthew Pierson (Alyssa), Nicholas Pierson (Emily) and Samantha Lee (Christopher); his granddaughter Lily Lee; and Ann’s son and his close friend David Spinazzolo.

Gene asked that there not be a formal memorial service. A casual celebration is being held in Gene’s memory at Deer Park on October 9 at 2 pm. Friends and family are invited to share memories and view Gene’s tribute at https://www.mccoyfuneralhome.com/.