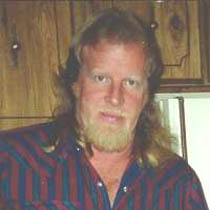 Robert Lee Conley, 57, of Woodland Drive, Pearisburg, departed this life Thursday evening April 28, 2016 at Carilion Giles Community Hospital in Pearisburg after a long illness. He was born in Pearisburg on November 8, 1958. He had been self employed as a general contractor.

Robert was preceded in death by his sister Sharon C. Cooper and his brother Jerry Conley.

The family will receive friends at the Kendall Funeral Home, 605 Snidow St. in Pembroke Saturday evening from 6 until 8 pm. Online condolences may be sent by visiting kendallfuneralhome.com.