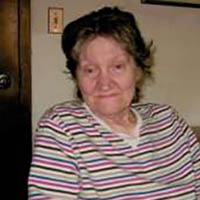 Flora Hazel Conley, formerly of Pearisburg, VA departed this life October 25, 2020 in the care of Galax Nursing and Rehab. Born March 23, 1946 she is a daughter of the late Vadis and Georgine Turpin Donathan.

Flora spent her life as a machine operator for Celanese and a CNA for Heritage Hall.

Online condolences may be sent by visiting www.kendallfuneralhome.com. The staff of Kendall Funeral Home are honored to be serving the Conley family.