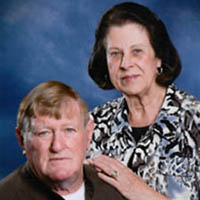 “In the blink of an eye, everything can change so forgive often and love with all your heart you may never have that chance again.”

Wayne Franklin Compton, age 76, of Blacksburg passed away, Monday, September 7, 2015 at Lewis Gale Hospital-Montgomery. He was born in Haysi, Virginia on May 21, 1939 to the late Rufus Howard and Ruby Willis Compton. He also preceded in death by a brother Clifford Jefferson “Jeff” Compton.

He was a veteran of the United States Army serving from 1956 till 1959. Wayne worked as a heavy equipment mechanic for Wiley N Jackson also worked at the motor pool at Va Tech, and was self employed as a mechanic in Elliston.

Funeral services will be conducted Thursday, September 10, 2015 at 2:00 pm in the North Fork Baptist Church with the Rev. Olen Gardner officiating. Interment will follow in the Church Cemetery. The family will receive friends from 12:00 pm -2:00 pm prior to the service at North Fork Baptist Church 905 Lusters Gate Road, Blacksburg (Ellett Valley).

The family would like to thank the nursing staff in the ICU of Lewis Gale Hospital-Montgomery for all the help and support during Wayne’s illness.