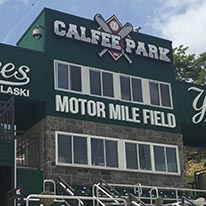 Thomas Mason Compton of Dublin, VA passed Tuesday, April 21, 2020 at Pulaski Community Hospital. Tom was born in Welch, WV on April 5, 1950, He went on to graduate high school in Welch and then from Montreat Anderson College in Ashville, NC.

Tom was an avid baseball lover, being one of the owners of the Pulaski Minor League Baseball Team. These teams brought many players to our area and provided the citizens of the area with months of entertainment each summer. As the Building Official of the Town of Pulaski he even oversaw and helped with the first major renovation at Calfee Park.

Tom retired from the Town of Pulaski in 2013 and continued farming at his home in Dublin. He enjoyed being busy with his cattle and working in the garden each summer.

He was preceded in death by his parents, Mason Compton and Sadie Walker Compton, and his Great Aunt and Uncle Council and Mildred Walker whom he had a very special bond.

He is survived by his son, Council Jim Compton of Pulaski, Lea Compton Monday and husband Douglas Monday of Max Meadows, step-daughter Kim Slusher and husband Mike Slusher of High Point, NC, and his honorary son Ethan Cornett of Christiansburg. He is also survived by his grandchildren, Justin Hite, Keily Monday, and Mason Monday.

The family will have a private service at a later time, when gathering of larger groups of people is permitted. A Celebration of Life will also be planned at a future date.