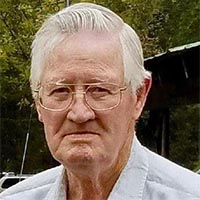 He was born on March 10, 1937 to Rufus and Ruby Compton in Montgomery County, VA. After proudly serving in the Army and being discharged in 1963, he returned to his passion of trucking. In his later years, he enjoyed his time at Virginia Tech, working with student transportation, gardening and fishing.

He was preceded in death by his parents and siblings, Theda Webster, Wayne Compton, Jeff Compton, Dorothy Willis and granddaughter, Shelby Zalanka. He is survived by his loving wife, Sidney; his children, Sandra Zalanka of AZ, Howard Compton of AZ, Krystal Compton of VA, Ernest Compton and wife, Rachel of VA and stepson, Donald Bentley of VA. He is also survived by eleven grandchildren and seven great-grandchildren; whom he adored.

KG was a tough man who persisted through many struggles and will greatly be missed.