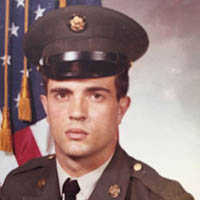 William Daniel “Danny” Coltrane of Dublin, 62 years old, passed away in the early hours of May 31, 2015, at LewisGale Hospital Pulaski following a short courageous battle with cancer. He fought hard to the very end and never gave up hope. He was born June 27, 1952, in Radford.

Danny was a member of the United States Army. He began welding in the Hampton shipyards on nuclear submarines the early 1970s and later established Coltrane Welding and Fabrication in Pulaski, in 1987, as well as Coltrane Towing. He was a welding instructor at New River Community College. Danny was a hardworking, exceptional businessman who provided services to everyone ranging from local farmers to large manufacturing facilities in the area.

The family would like to send a special thank you to Jason Greene, as he continues to maintain and run the business in Danny’s absence.

Danny was dedicated and insightful, had a great sense of humor, was soft spoken and was extremely supportive of his family and friends. He loved the New River, where he and Melba spent many weekends at Loneash. He enjoyed traveling, was full of energy and remained optimistic through his illness. He read the Wall Street Journal and worked the Jumble daily, enjoyed a great steak, and had a love of restoring vintage automobiles.

He was preceded in death by parents, Bill and Ruth Coltrane; and his brother, Gary Coltrane. He is survived by his loving and devoted wife of 43 years, Melba Martin Coltrane. They truly complemented each other and served as a wonderful example of what marriage should be. They were soulmates. He is also survived by two daughters, Ellen Coltrane Greene of Dublin, and Christie Coltrane Sexton of Pulaski; and two grandchildren, Emma-Kate Greene and William Spencer Greene. He is also survived by his special sister-in-law, Becky Martin Thatcher and husband, Jack; as well as brothers-in-laws, Jerry, David and Robert Martin.

Danny was never one for the spotlight, therefore a private service will be held. In lieu of flowers, the family requests that donations be made to the Humane Society of Pulaski County, VA, P.O. Box 1846, Dublin, VA 24084.