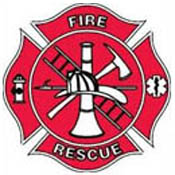 Marion Hayes Collins, 76, of Pembroke, Va., departed this life Monday morning, October 25, 2010, at Giles Community Hospital. He was a 1952 graduate of Pembroke High School, retired from Celanese Celco Plant at Narrows with over 39 years service, served over 40 years with the Pembroke Volunteer Fire Department, and was a life long member of Pembroke Christian Church.

He was preceded in death by his parents; his son, Timothy Hayes Collins; and several brothers, Bob, Arthur, James, and Charles. He leaves to cherish his memory his beloved wife, Shelby Johnston Collins; his son and daughterin-law, Travis and Laura Collins, of Roanoke; his daughters and sons-in-law, Donna and Jerry McCormick, of Pembroke, and Diana and Billy Lyons, of Christiansburg; his grandchildren, Nicholas Stewart, Matthew Cooper, Cody Collins, and Carrie Collins; his sister, Eloise Collins, of Pembroke; and his brother, Gregory Collins, of Roanoke.

Funeral Services will be conducted 11 a.m. on Thursday, October 28, 2010, in the Kendall Funeral Home, 605 Snidow St., Pembroke with Pastor Albert Elswick, Pastor Gary Poff, and Pastor Eddie Kendall officiating. Burial will follow in Birchlawn Burial Park in Pearisburg.
The family will receive friends at the funeral home on Wednesday evening, October 27, 2010, from 6 to 8 p.m.

Online condolences may be sent to the family at kendallfuneralhome.com.